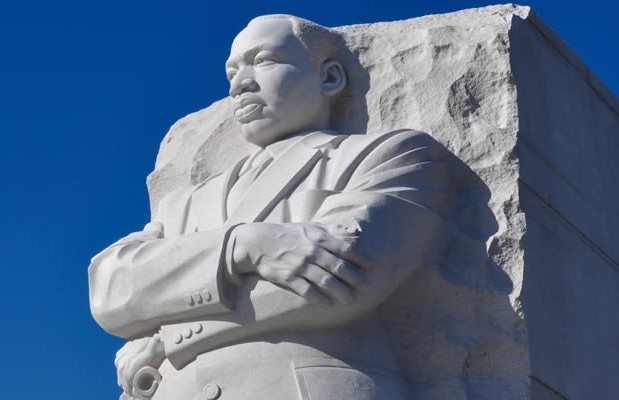 Each year on the third Monday of January, America honors the birth, life and dream of Dr. Martin Luther King Jr.

As Martin Luther King Jr. Day, also known as MLK Day, is a Federal holiday, not only will schools and libraries be closed, most federal and state offices will be closed. There will be no mail deliveries on Martin Luther King, Jr. Day.

Dr. King was an American clergyman and civil-rights leader. Born on 15 January 1929, he became minister of the Dexter Ave. Baptist Church in Montgomery, Alabama in 1954. He led the black boycott of segregated city bus lines in 1956 and gained a major victory as a civil-rights leader when Montgomery buses began to operate on a desegregated basis.

King organized the Southern Christian Leadership Conference (SCLC), which provided a base to pursue further civil-rights activities, in the South and later nationwide. His philosophy of non violent resistance resulted in his arrest on numerous occasions in the 1950s and 60s. His 1963 protest in Birmingham, Alabama earned him worldwide attention. He brought together more than 200,000 people on the March on Washington in August 1963 where he delivered his famous “I Have a Dream” speech. In 1964, at the age of 35, he was the youngest man and the third black man to be awarded the Nobel Peace Prize.

His interests widened from civil rights to include criticism of the Vietnam War and a deeper concern over poverty. His plans for a Poor People’s March to Washington in 1968 were interrupted for a trip to Memphis, Tennessee in support of striking sanitation workers. On April 4, 1968, he was shot and killed as he stood on the balcony of the Lorraine Motel.

Since his assassination, Mrs. Coretta Scott King has devoted her energy and attention to developing programs and building the Atlanta-based Martin Luther King, Jr. Center for Nonviolent Social Change as a living memorial to her husband’s life and dream. The King Center is the first institution built in memory of an African American leader and hosts over one million visitors a year.