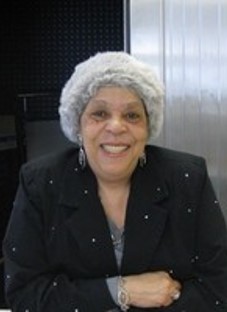 Bernadine June Dobbins entered this world on June 30, 1950, the third of twelve children born to Joseph W. Dobbins and Maria Crescenzo Dobbins of Buffalo, New York. Baptized Catholic at Sacred Heart Parish in Buffalo, she attended both public and Catholic elementary schools. While attending Lewis J. Bennet High School, Bernadine met Hayward Rico Kennedy whom she married in January 1967. Shortly after, she joined him on duty with the US Army in Munich, Germany where they lived for two years. Together, Bernie and Rico traveled to several other foreign countries, including France, England, and Ireland. Stateside, they visited the Hawaiian Islands and lived in Georgia and Maryland before finally settling back home in Buffalo. Although their marriage ended in divorce in 1992, three beautiful children were born of that union: Monique, Nicole, and Ashar.

Bernadine married and started her family before graduating high school, but received her GED from the State of Maryland in August of 1970. She then worked as a stenographer for the Office of Financial Management in the U. S. Department of Health, Education, and Welfare in Rockville, Maryland where she was an integral member of the project team that wrote the federal legislation enacting Health Maintenance Organizations (HMOs) in the U. S. After relocating back to Buffalo, NY, Bernadine continued her education earning an Associate’s Degree with double majors in Computer Science and Business Management from Bryant and Stratton Business Institute in 1988 and graduated with honors amongst the top of her class. While working for Goldome Bank as a computer programmer in 1989, she co-founded the Hunger Ministry at Our Lady of Lourdes Catholic Church. In 1990, she joined the staff of St. Peter Claver Youth Program teaching the Intro to Computer Science course and in August went to work for Gibraltar Steel Corporation as an Electronic Data Interchange Administrator. After the tragic death of her sister Yolanda and niece Danielle Dobbins, in February of 1992, Bernadine founded the Lollie & Danielle Memorial Fund for Crime Victim Support which she successfully led for several years. Bernadine, who became known to many as B.J. by this time, joined the Nation of Islam in 1998 and the MGT of Muhammad’s Mosque #23, where she organized Women for Farrakhan, a support group of the Million Man March, and Muhammad School of Music’s first annual Celebration Of Youth spring concert in addition to many other community-oriented efforts. BJ was socially and politically active at every opportunity. Throughout the 1990’s she served the community as an elected member of the Board of Directors of Buffalo Community Television and organized St. Peter Claver’s African Market & International Bazaar. During this time, BJ met Hosie H. Arnold, the Director of St. Peter Claver’s Youth program, who took an interest not only in BJ’s dedication to the community but also in her. The two became friends and were married in December 1999. Seeking solutions to the problems plaguing the residents of Buffalo’s East Side, BJ established a Black Think Tank for the city by launching a “Men’s Only Meeting” in February 2011 which evolved into the United Black Men’s Think Tank Of Buffalo, Inc. (UBMTT).

In 2014, the UBMTT was formally incorporated as a not-for-profit public service corporation with the primary goal of serving the citizens of Buffalo in disaster preparedness management and crime victim support. The UBMTT expanded further as BJ and Hosie founded the Buffalo Making A Difference Youth Program. Under Hosie’s direction, the program provided after school youth services for the at-risk, disadvantaged, and low-income children of Buffalo, NY. BJ continued to serve as the Administrative Manager of the UBMTT, presiding over many of the Think Tank’s ongoing projects including its Crime Victim Support Fund. Never without a business plan, BJ established Sister Bernadine’s Kitchen in 2001, and transformed family cookie and cake recipes to create a commercial enterprise with products sold at several stores in the city of Buffalo. In 2010, she expanded her desert business to include catering and full-scale event planning with Premier Event Planners of Western New York. In recent years, BJ desired to provide a place where women could purchase unique clothing and fashion accessories and spent her time actively working on her newest entrepreneurial endeavor, BJ’s Boutique and Gift Shop, which she hoped to open in 2020. Bernadine’s life was a remarkable journey, filled with many peaks and valleys. There were many proud moments, several that could be listed as those she would never forget.

One such moment was January 7, 2018, when she responded to the altar call and decided to become a member of Calvary Baptist Church where she made many friends and grew quickly in her faith in Jesus Christ. BJ was baptized on August 5th, 2018 and was blessed to have the esteemed pleasure of portraying the Biblical character, Keturah, in Calvary’s production of “Women of the Bible: My Story”. In preparation for that role, BJ was honored and considered herself blessed to be tutored in and challenged by what she considered deep and meaningful Bible Study with her friend, Rev. Gloria Bryant. Bernadine was diagnosed with small cell lung cancer during the spring of 2019 and as her condition progressed quickly, she expressed hopes that somehow her fight against the disease would lead others to stop smoking and take better care of their bodies. With the very attentive care of her husband, BJ was able to travel to Maryland to attend several celebrations with her children and grandchildren throughout the year. As she was surrounded by her children, grandchildren, and other family members, the Lord called Bernadine to rest in Him on January 18, 2020. Preceded in death by her parents Joseph and Maria Dobbins, sister Yolanda, niece Danielle, and nephew Neal, Jr, Bernadine leaves many to continue her legacy, including her husband Hosie Arnold, daughters Monique Kennedy and Nicole Green (Damon), son Ashar Kennedy (fiancé Danielle), step-sons Brandon and Garrett, grandchildren Vincent, Monet, Joelle, Timothy, Noah, Tzyon, Jeremiah, Tristan, and Ava, and great-grandson Kamren, her ten siblings, and a host of nieces, nephews, extended family, and friends.

The Care of Our Loved One Entrusted to Thomas T Edwards Funeral Home, Online condolences at www.thomastedwardsfuneralhome.com