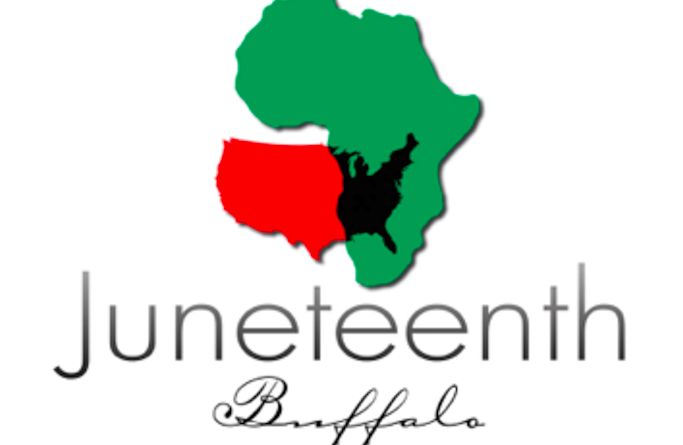 The parade-of-all-parades kicks-off the 2 day 44th Juneteenth Festival. The Juneteenth parade will be held on June 15 @ 11:00am. The parade will travel on Genesee Street to Best Street into Martin Luther King Jr. Park. This event has something for everyone, of all ages.

Juneteenth was the oldest known observance of the ending of slavery in the United States. According to historical records, the celebration began on June 19, 1865, the day Major General Gordon Granger of the Union Army rode into Galveston, Texas in final execution of the Emancipation Proclamation.

Issued by President Abraham Lincoln on September 22, 1862, the Emancipation Proclamation stated, among other things, “That on the 1st day of January, A.D., 1863, all persons held as slaves within any State or designated part of a State the people whereof shall they be in rebellion against the United States shall be then, thenceforward, and forever free…”

In Texas, Granger’s announcement was met with great celebration among the population of enslaved Africans. According to one account, “On the evening of June 19, 1865, thousands flooded the streets of Galveston, rejoicing in their newly announced freedom. The sweet smell of barbecue smoke filled the air. Dancing feet pounded the dirt roads and harmonic voices sung spirituals. This was the day, Juneteenth, that would forever commemorate African American freedom.”

Juneteenth celebrations today commemorate that memorable day in 1865 Texas, and emphasize the achievement of African Americans. Marked by community celebrations, guest speakers, picnics and family gatherings, it is a time for reflection and rejoicing, for self-assessment and planning and future.

“The celebration of Juneteenth is not only a showcase event of the African American community’s positive contributions to the American way of life, but it also makes a statement for all Americans that the United States is truly the ‘Land of the Free’,” says Reginald D. Greene.

“Juneteenth is an expression and extension of American freedom and, like the Fourth of July, a time for all Americans to celebrate our independence, human rights, civil rights and freedom.”